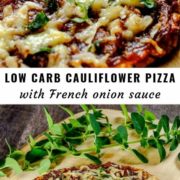 Low carb cauliflower pizza tastes fantastic with delicious French onion sauce and Gruyere cheese on the top. It is a super yummy way of getting a lot of vegetables, nutrients and is still so light for a pizza.

My brother in law makes a fabulous French onion soup. His recipe involves many hours of slow cooking, but the remarkable result is well worth the effort. So, that French onion taste kept lingering in my thoughts.

Lately people have been asking me for low carb recipes. And what could be a better candidate to make a low carb pizza than good old cauliflower! While there are some cauliflower pizza recipes, many of them use the standard tomato base.

I wanted to try that French onion flavor twist for the pizza and satisfy my craving. Plus, the onion sauce is much thicker than the tomato sauce. So I felt it was more suitable for a Cauliflower pizza crust, which is more of a softer, knife and fork kind of pizza crust.

And what a great way to sneak in two veggies at the same time. Speaking of the French onion twist, reminds me of this comforting and Healthy Mac and Cheese made with caramelized onions and red lentil pasta. So Good!

How to Use Cauliflower for Pizza Crust

There are many different ways to do this. But the most important thing is to squeeze out the juices from the cauliflower as much as possible.

How to Make It 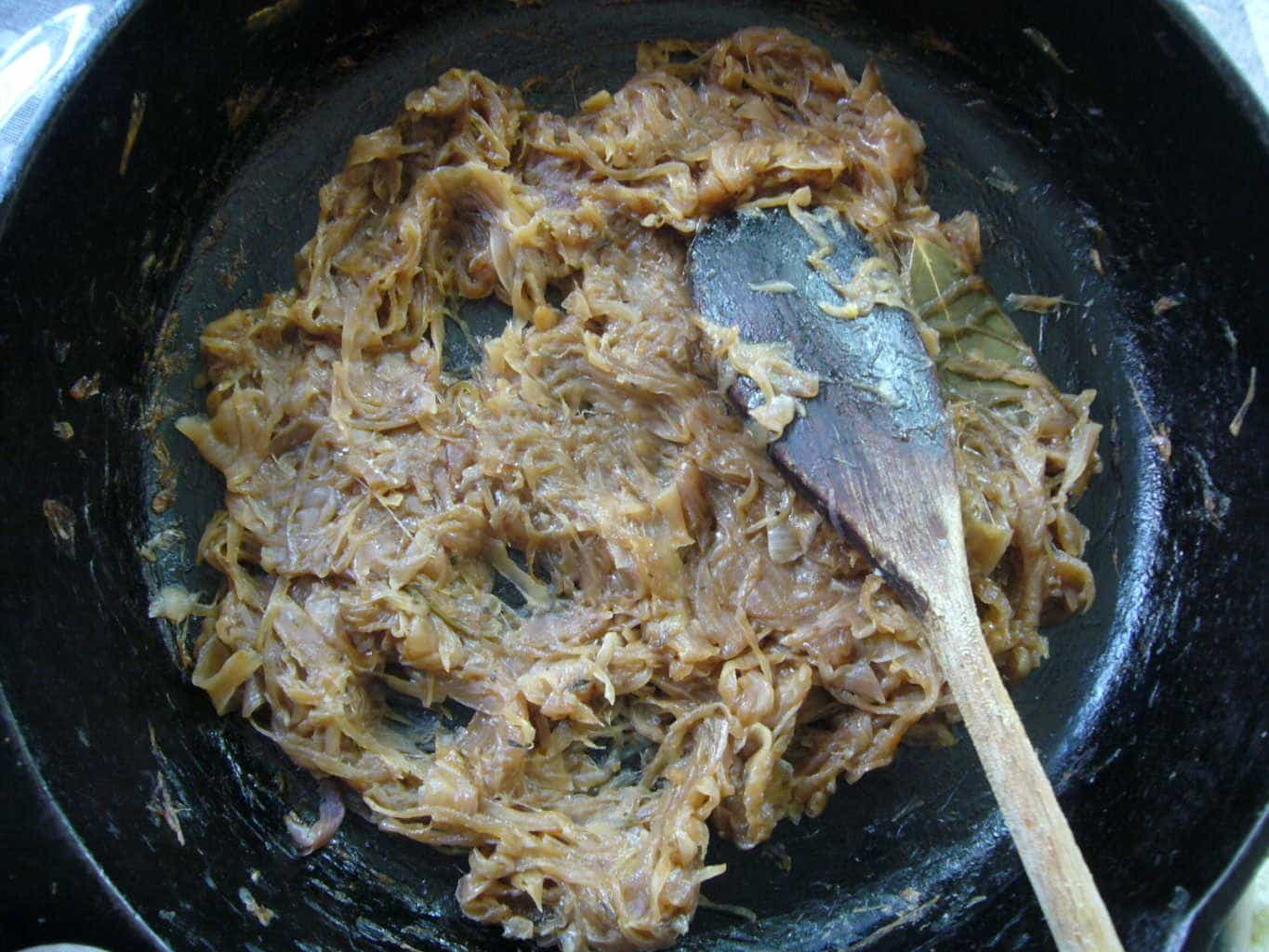 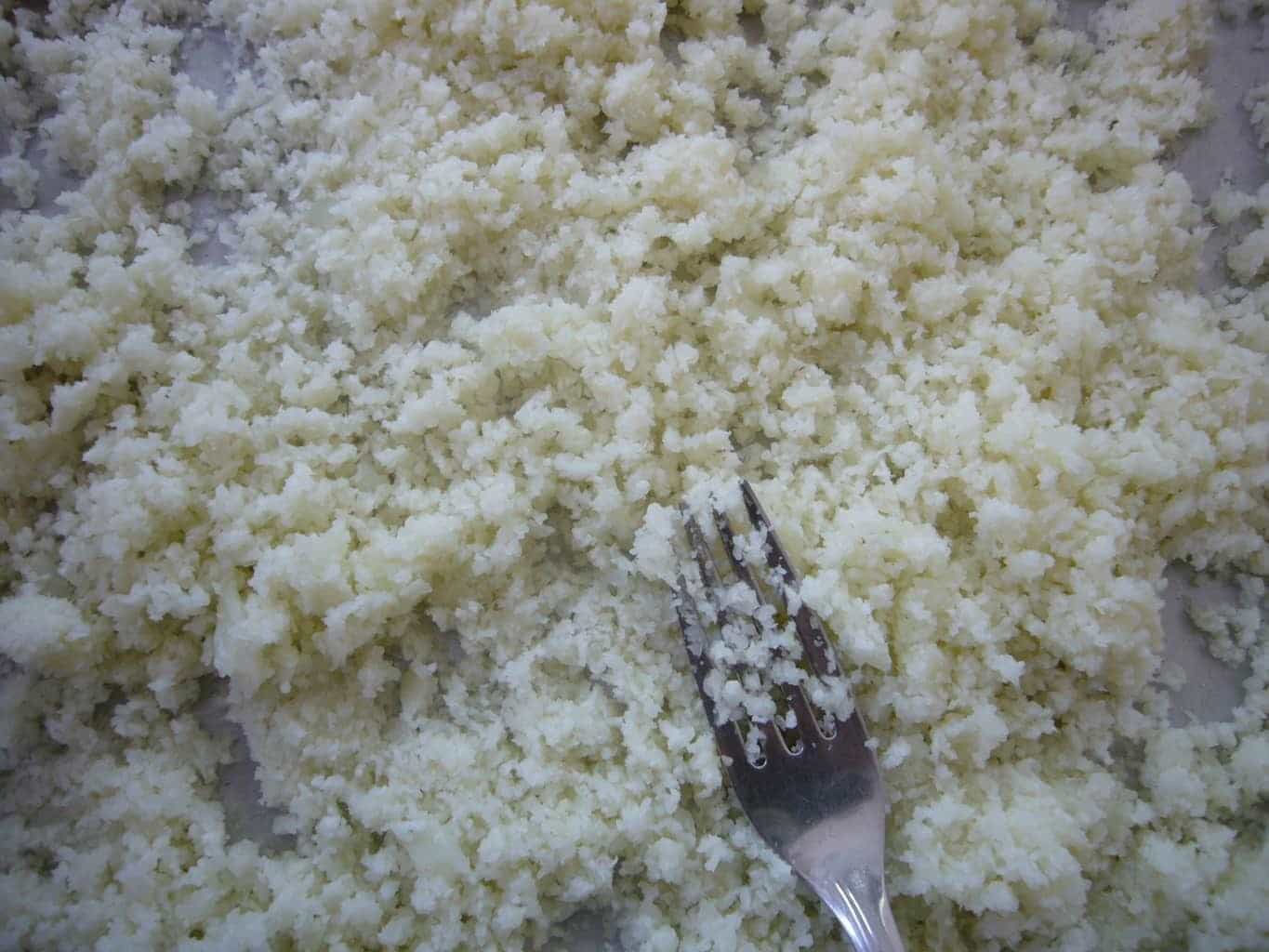 Squeeze out the moisture in a cheese cloth as well as you can. 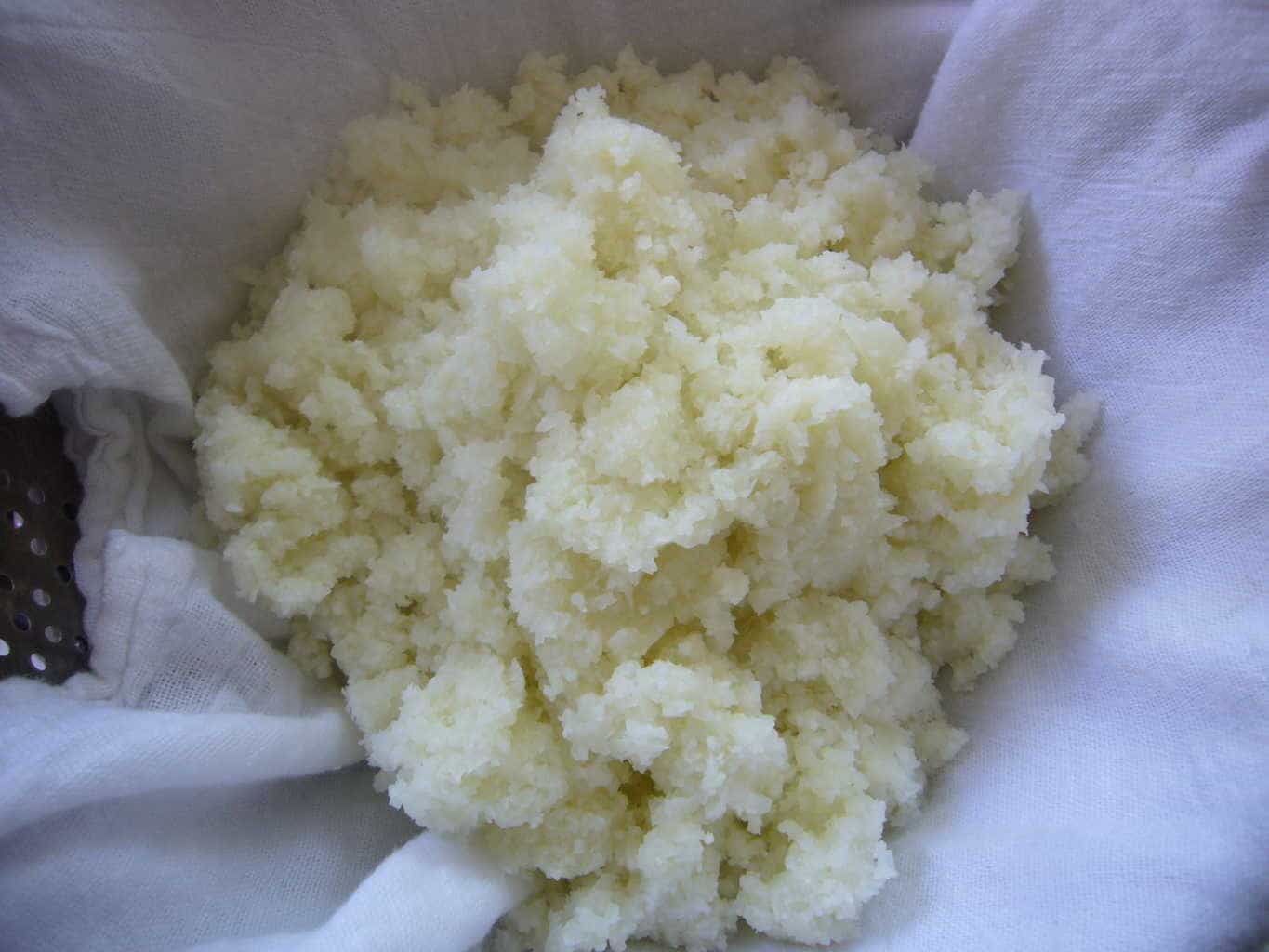 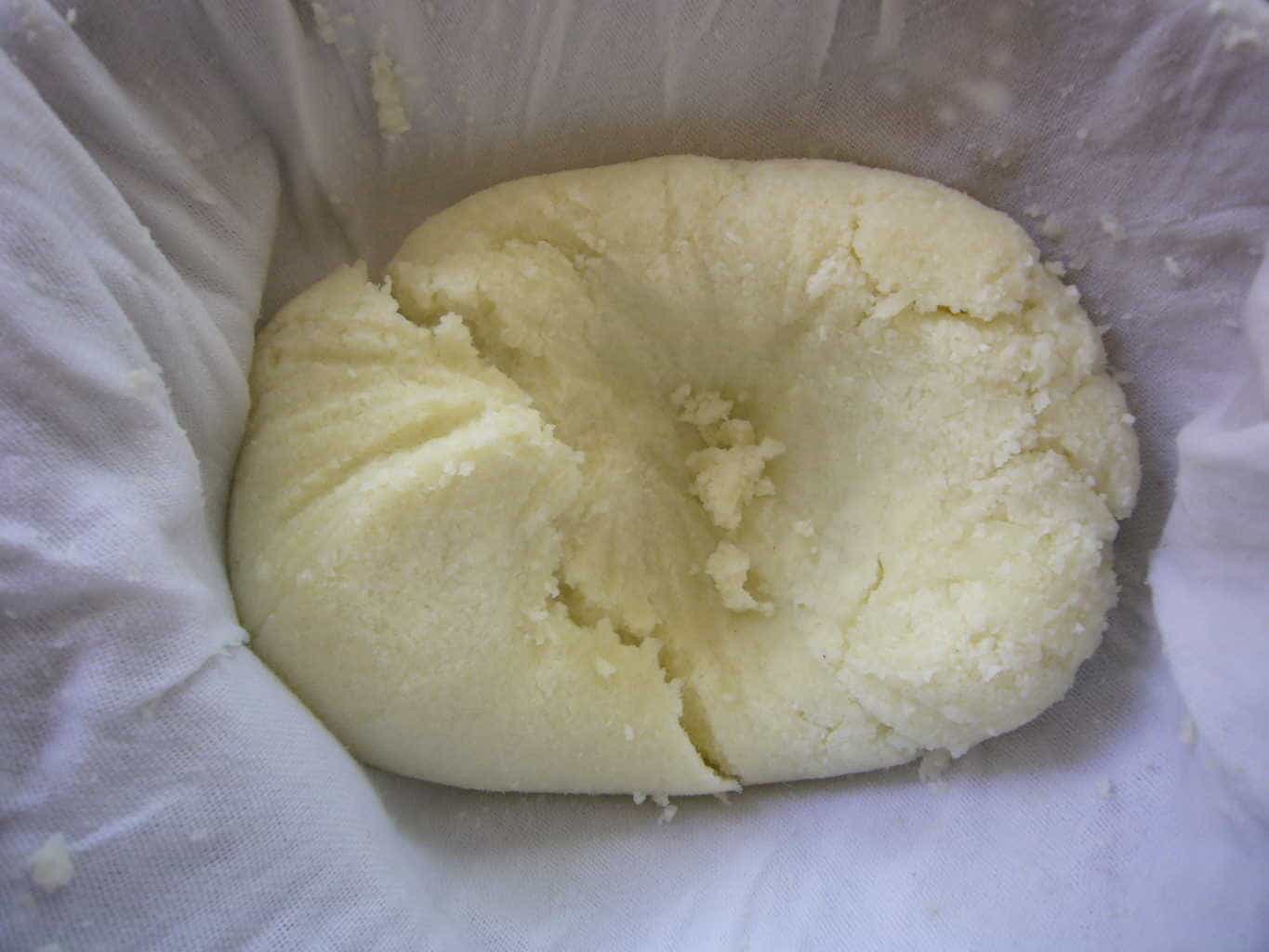 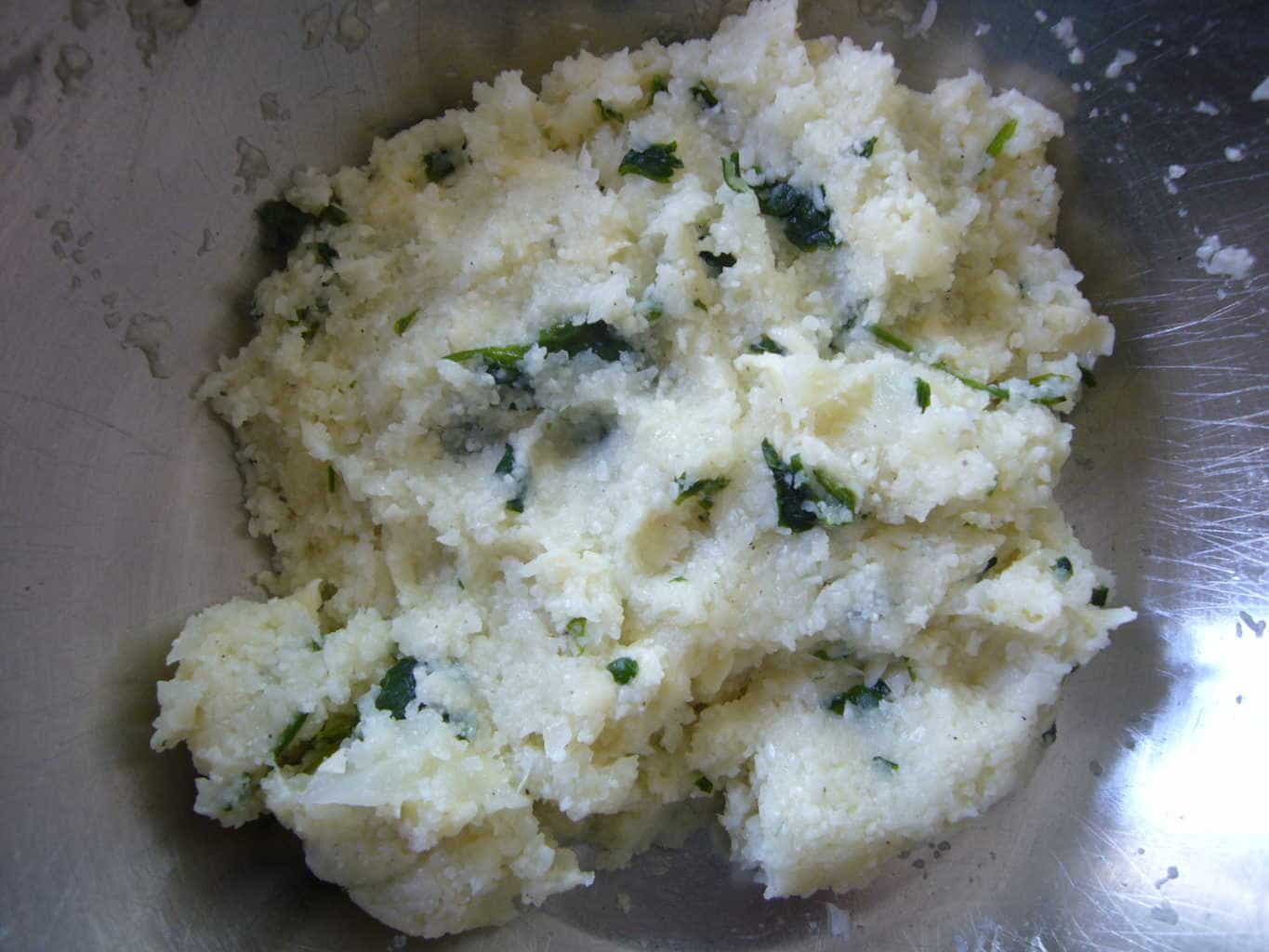 Shape the mixture into a circle. Bake at 450° F for about 20 minutes until brown. 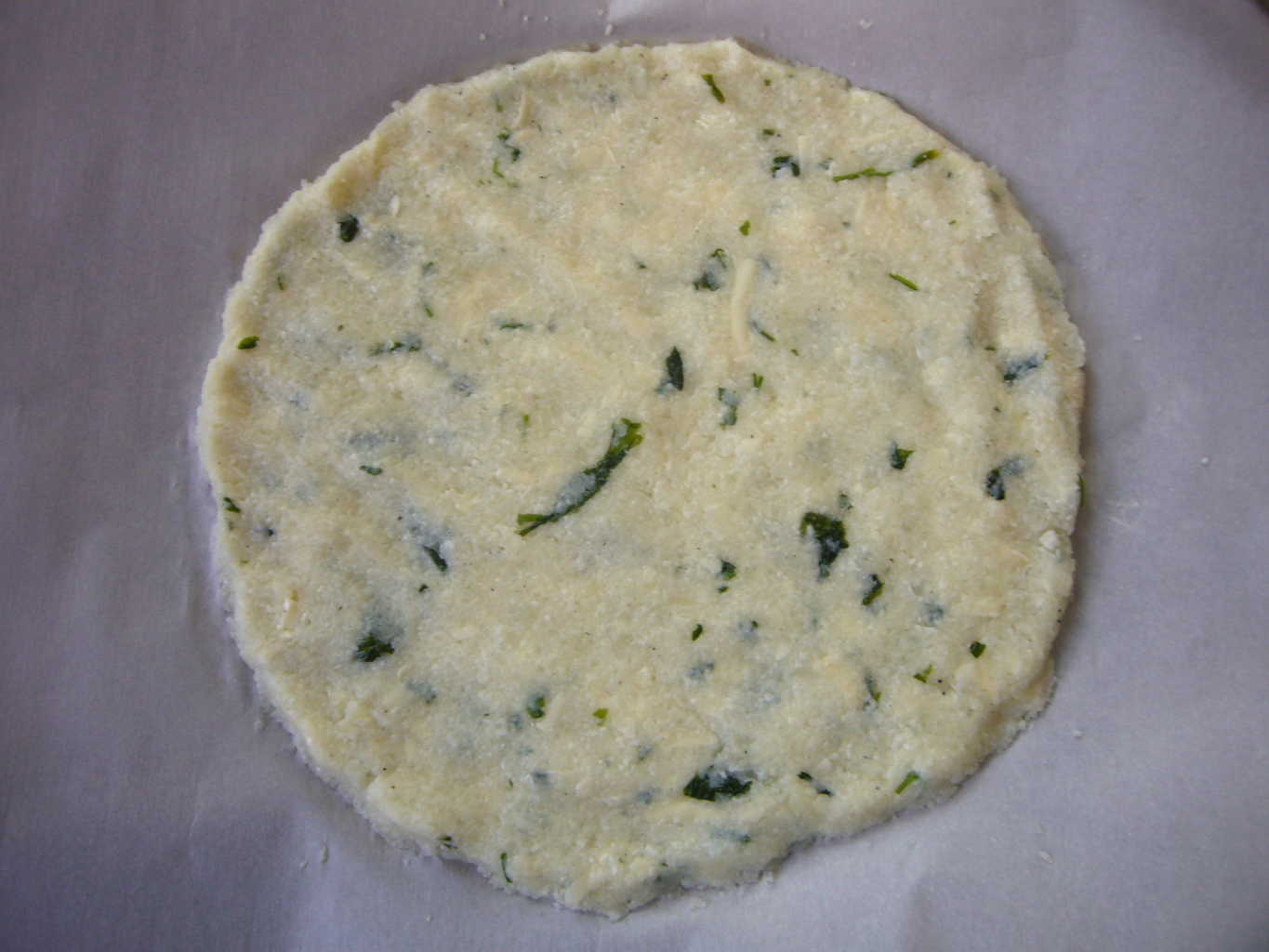 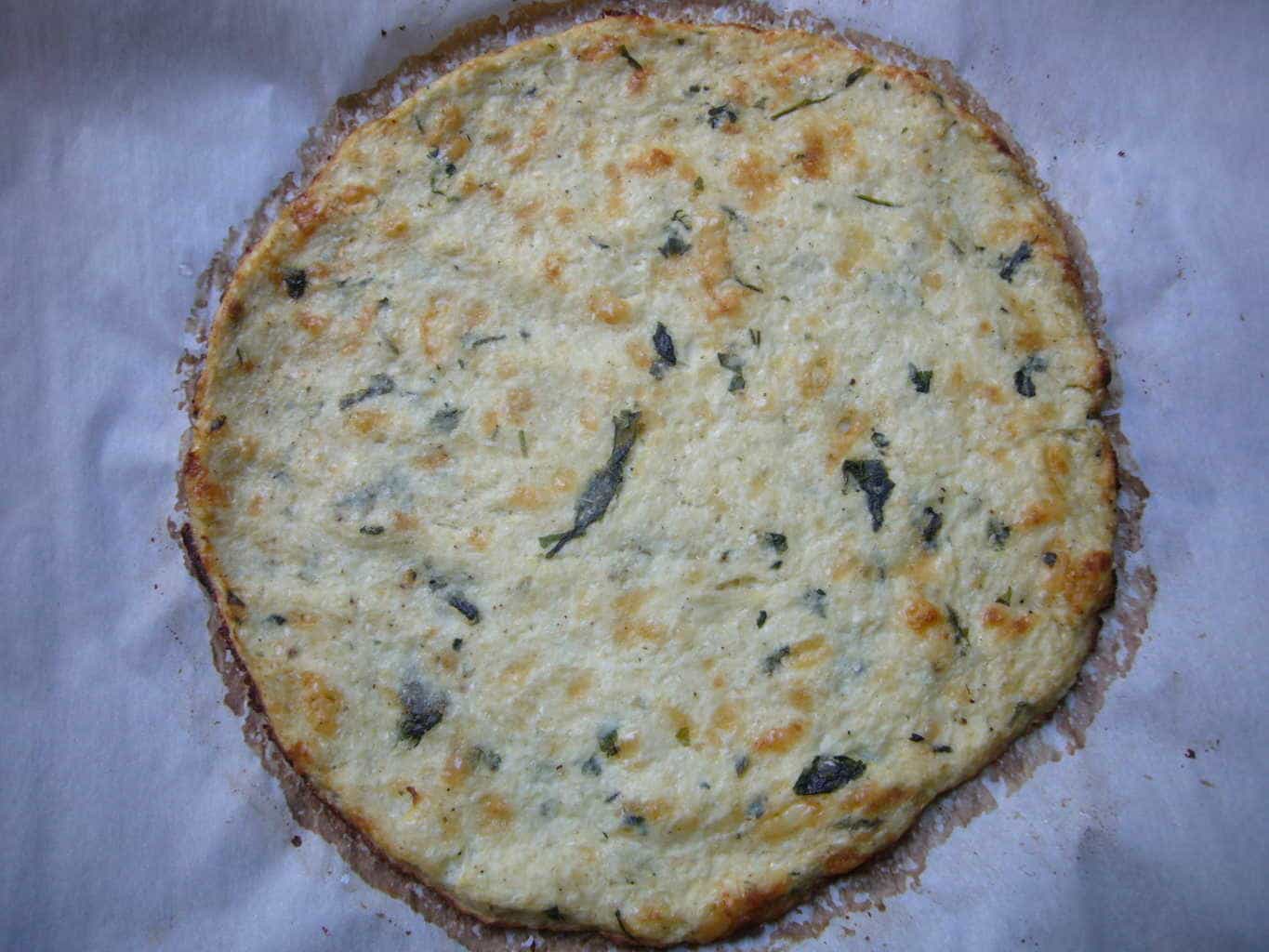 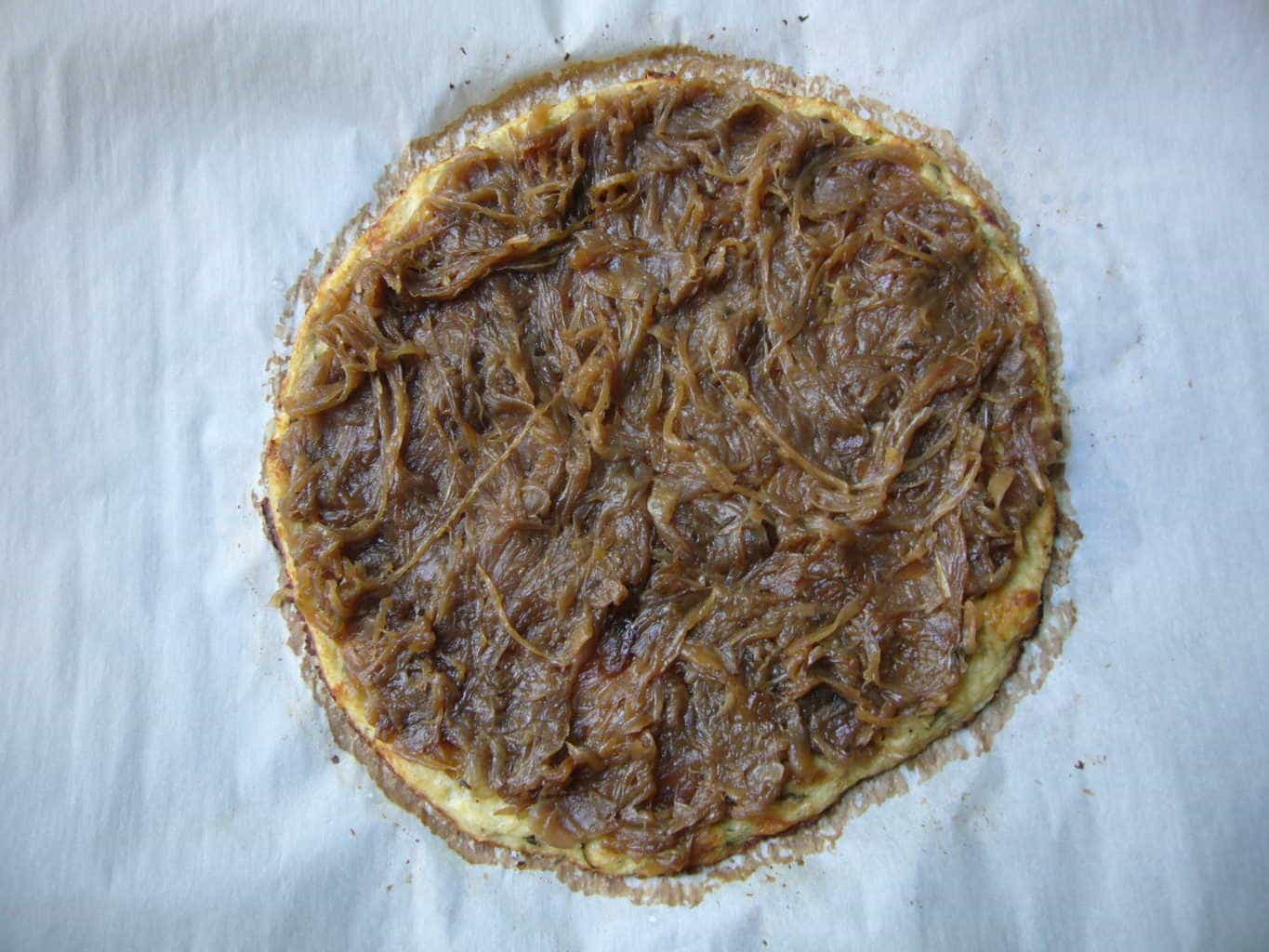 Low carb pizza and recipes come in handy for managing a diabetic diet, weight loss approach and such. But a severely carbohydrate restricted diet in the long run is not a good idea. All nutrients are important and should be consumed in a balanced manner.

Cauliflower pizza crust is lower in calories and carbs and is a great way to add more vegetables to your meal. However, it is important to note the other ingredients going into the crust. Some recipes use way too much cheese, making it too rich.

Ready made cauliflower pizza crusts often have starchy ingredients which make them less suitable for a low carb diet, but may be ok for a gluten free diet as most of them use gluten free starches. And the ingredients may not be non-GMO. Check the ingredient labels carefully.

Be sure to use wholesome toppings on the pizza crust.

Onions and cauliflower are low in calories and carbs. Cauliflower, a nutrient dense cruciferous vegetable is well known for its antioxidant potential and cancer preventive phytochemical content. It is a good source of vitamin C, vitamin K, vitamin B-6, folate, potassium and fiber.

Onions belong to the allium family of vegetables that include garlic, leeks, chives and green onions, which have shown promise in lowering the risk of certain cancers. They are a good source of vitamin C, vitamin B 6, fiber and powerful antioxidant phytochemicals.

Tools for Making this Pizza 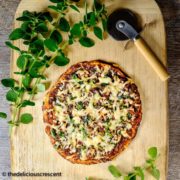 ASSEMBLE AND BAKE THE PIZZA

This post was first published on May 18th 2016 and has been updated with improvements in recipe, formatting, tips, and additional enhancements.