Don't be fooled by this simple looking dish. Try it to savor its unique taste. I got this idea from my father-in-law, a surgeon by profession, but a terrific cook. Seriously, no kidding!

The characteristic taste of this chicken dish comes from the combination of rosemary, eastern spices, hot peppers and tomato sauce. It is important to sear the chicken very well at medium high temperature. The preferred spice blend to use would be a mix from the eastern Mediterranean region or the middle east.

Although rosemary is typically used in southern Europe, it blends so well with eastern spices in this braised chicken recipe.

The star ingredient that captivates my attention today is rosemary. An herb indigenous to the Mediterranean and popularly used in Italian, French and Spanish cuisines. Rosemary is not just about its fragrant aroma, but also has amazing health and medicinal benefits.

Rosemary has substances that can stimulate the immune system, circulation and improve digestion. It has compounds that can increase the blood flow to the brain, thereby improving the concentration.

Widely used in traditional medicine, rosemary has been known as the herb of remembrance. There are studies that reveal the potential therapeutic benefit of rosemary for Alzheimer's disease.

Most of the antioxidant, anti-inflammatory, anti-carcinogenic activities, and neuroprotective effects of the rosemary plant are attributed to the abietane-type phenolic diterpenes. These are considered the most important group of compounds that have been isolated from the plant.

Research studies have indicated that constituents of Rosemary - rosmanol, cirsimaritin and salvigenin have demonstrated antidepressant, antinociceptive (reduction in sensitivity to pain), and anxiolytic (reduction in anxiety) effects. 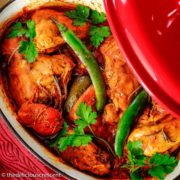